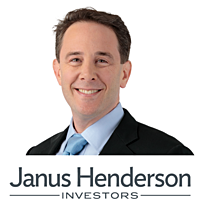 So far in 2022, the defensive nature of health care has been the sector’s dominant story, with the S&P 500® Health Care sector returning -5.7% for the year compared to -14.3% for the S&P 500® Index.(1) With interest rates expected to keep rising and economic growth potentially slowing, the pricing power and non-cyclicality of areas such as pharmaceuticals and managed care could continue to stand out. But at the same time, health care’s innovation engine is humming along – and showing signs of attracting investor attention.

Within health care, the year’s best-performing stocks fall into categories such as managed care, large-cap biopharmaceuticals, and distributors and pharmacy benefit managers. These industries are generally able to pass on price increases and benefit from steady demand.

In managed care, for example, pricing for insurance policies resets annually, allowing companies to raise premiums in response to higher costs. In addition, proceeds invested in short-duration securities are rolled over as policies renew, making it possible to capitalize on rising rates. Meanwhile, consistent demand for medicines supports strong free cash flows and balance sheets among pharmaceuticals. The industry also has many levers to pull to reduce expenses and can lift drug prices. Drug price increases also support distributors and pharmacy benefit managers (which form the supply chain of drug distribution in the U.S.). The profit margins of these firms are tightly correlated with pharmaceutical pricing and volume trends.

Combined, these companies have generally delivered solid earnings growth this year and are the main reason why health care reported the second-largest positive differential between actual earnings and estimates in the second quarter, according to FactSet.(2)

On the other hand, long-duration companies within health care – firms whose cash flows tend to be realized further out in the future – have underperformed as interest rates tick up. Rising costs and COVID-19 disruptions have also been challenges for some areas of the sector. For example, health care providers, such as hospitals, have yet to see patient volumes return to pre-COVID levels due to nursing and labour shortages. Similarly, medical device companies have suffered from lower volumes, and with limited pricing power and supply disruptions, profit margins have come under pressure.

One of the largest underperformers has been biotechnology, with the group’s small- and mid-cap stocks mired in an unusually deep and protracted pullback. From February 2021 through a low in early May 2022, the S&P Biotechnology Select Industry Index, a benchmark for the subsector, fell 64%, underperforming the S&P 500 by 66% and the S&P 500 Health Care sector by 75% – the largest relative gap since the Biotechnology Select Industry Index’s inception in early 2006.

In fact, at one point more than 200 companies were trading below the value of cash on their balance sheets. We also found many more companies trading at what we believed to be zero or negative pipeline value.

Biotech’s aggregate enterprise value has declined as much as 70% since 2021.

In our view, such pricing does not make sense, and we are seeing early signs of recovery. Merger and acquisition (M&A) activity, for one, has started to pick up, including several multibillion-dollar deals announced in the last few months. These include Pfizer’s (NYSE: PFE) recently announced acquisitions of Biohaven Pharmaceuticals (for nearly $12 billion, a roughly 80% premium) and Global Blood Therapeutics (NASDAQ: GBT) (for over $5 billion, a more than 100% premium). With many pharmaceutical companies facing patent expirations for blockbuster drugs(3) over the next decade, we believe more deals are likely.

Investors are also starting to reward positive clinical trial data again. In August, Alnylam (NASDAQ: ALNY) reported positive top-line results from its phase 3 study for an investigational RNAi treatment for transthyretin-mediated amyloidosis, a hereditary condition that can lead to organ failure, and in September, Akero Therapeutics (NASDAQ: AKRO) delivered strong phase 2 data for its treatment for NASH, a serious form of fatty liver disease that affects over 10 million patients in the U.S. In both cases, the stocks rose significantly following the data releases. We expect more readouts in the coming months, including for Alzheimer’s disease, cancer, and obesity. Meanwhile, the first gene therapy for hemophilia was recently approved in Europe, and in the coming months, we expect a regulatory filing for the first gene therapy for Duchenne muscular disease, an often-fatal genetic disease that afflicts tens of thousands of children. We believe these represent potentially large end markets that could drive sustained revenue growth for the sector for years to come.

Already, the S&P Biotechnology Select Industry Index is up more than 30% since early May.(4) Whether biotech can maintain that upward momentum remains to be seen. Rising interest rates, elevated inflation and other macroeconomic factors could continue to stir up volatility.

Still, more green shoots are emerging. In August, the Inflation Reduction Act of 2022 was signed into law in the U.S. The legislation, which introduces changes to drug pricing, removes what has been a source of uncertainty for health care for more than six years. In our view, the bill is better than feared, including positives such as reducing out-of-pocket costs for seniors and only allowing drug price negotiation to begin after an extended period on the market. The one major drawback, we feel, is the differential in treatment between oral medicines and biologics (injectable drugs). While drug price negotiation for biologics would not start until 13 to 15 years after commercial launch, the grace period for small molecule pills is only nine years. We believe this shorter window could discourage investment in much-needed areas such as oral cancer therapies.

Hopefully, this legislative flaw can be addressed before having an adverse impact. But overall, we believe the reform is manageable, with only a modest impact over the next decade on the industry (estimated by the Congressional Budget Office at roughly 2% of total biopharma revenues(5)). Most importantly, it eliminates what had been a significant overhang for the sector – and is hopefully a sign of more positive things to come for health care.

Keep your portfolio in good health

Stay up to date with all of our latest insights by clicking the follow button below and you'll be notified every time we post an update on where we are finding the most compelling ideas from around the world.

........
1 Bloomberg, data from 3 January 2022 to 9 September 2022. The S&P 500 Health Care sector comprises those companies included in the S&P 500 that are classified as members of the GICS® health care sector. 2 FactSet, data as of 5 August 2022. 3 A blockbuster drug is a medicine with annual sales of US $1 billion or more. 4 Bloomberg. Data from 11 May 2022 to 13 September 2022. 5 Congressional Budget Office Cost Estimate, as of 15 July 2022. S&P 500® Index reflects U.S. large-cap equity performance and represents broad U.S. equity market performance. S&P 500® Biotechnology Select Index reflects the performance of companies primarily engaged in the research, development, manufacturing and/or marketing of products based on genetic analysis and genetic engineering. Health care industries are subject to government regulation and reimbursement rates, as well as government approval of products and services, which could have a significant effect on price and availability, and can be significantly affected by rapid obsolescence and patent expirations. This information is issued by Janus Henderson Investors (Australia) Institutional Funds Management Limited (AFSL 444266, ABN 16 165 119 531). The information herein shall not in any way constitute advice or an invitation to invest. It is solely for information purposes and subject to change without notice. This information does not purport to be a comprehensive statement or description of any markets or securities referred to within. Any references to individual securities do not constitute a securities recommendation. Past performance is not indicative of future performance. The value of an investment and the income from it can fall as well as rise and you may not get back the amount originally invested. Whilst Janus Henderson Investors (Australia) Institutional Funds Management Limited believe that the information is correct at the date of this document, no warranty or representation is given to this effect and no responsibility can be accepted by Janus Henderson Investors (Australia) Institutional Funds Management Limited to any end users for any action taken on the basis of this information. All opinions and estimates in this information are subject to change without notice and are the views of the author at the time of publication. Janus Henderson Investors (Australia) Institutional Funds Management Limited is not under any obligation to update this information to the extent that it is or becomes out of date or incorrect.
save

Andy Acker is a Portfolio Manager at Janus Henderson Investors responsible for managing the Global Life Sciences and Biotechnology strategies since 2007 and 2018, respectively. He also leads the firm’s Health Care Sector Research Team. Andy was...