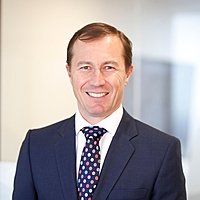 Around the world, especially in the northern hemisphere including Europe as they head into the cooler months, energy security and affordability have been brought sharply into focus by the threat to supplies resulting from the war, along with a shift in the perception of fossil fuels in relation to their role in the energy transition. But the need to reduce the rate of global warming and move towards more sustainable energy delivery persists. How can the three prongs of the trilemma be balanced and where are the opportunities for investors?

Our team, Maple-Brown Abbott Global Listed Infrastructure, has delved deeply into this topic in a new thought leadership series, the Energy Trilemma, which sets out our view that North American midstream energy companies may hold a key to answering this question.

A shift in perceptions

Russia’s invasion of Ukraine, and to a lesser extent localised power failures in certain states in the US, have shifted public perceptions about fossil fuels, particularly in helping secure energy supply globally. While low-carbon energy is a clear focus of the European Union’s REPowerEU plan to achieve energy independence, certain fossil fuels, such as natural gas, will continue to play a critical role in the overall energy mix. This is evident in targets to diversify gas supplies and mandates on the minimum level of gas in storage ahead of winter. Making this shift requires infrastructure investments within the EU, such as gas transmission pipelines, liquified natural gas (LNG) import terminals and storage facilities. It will also support infrastructure investments in partner energy exporting countries, such as the US. In recognition of this, the March 2022 US and European Commission announcement of a joint Task Force included a goal to deliver approximately 50 billion cubic metres (bcm) of additional US LNG each year until at least 2030.[1]

How US midstream infrastructure companies may address the energy trilemma

In the US and Canada, the midstream infrastructure sector is uniquely positioned to provide solutions to help address global energy security, affordability and sustainability challenges.

Rich in resources – North America possesses an abundance of economic conventional energy resources (primarily oil, gas and natural gas liquids), which have been growing since the shale boom began in 2005.

Extensive existing energy infrastructure – North America is home to an extensive network of existing pipelines, processing facilities, and storage and export terminals which form the backbone of the supply of energy both domestically and abroad. The network serves as a valuable platform for many future low-cost brownfield expansion opportunities.

LNG, formed by cooling natural gas to -162ºC at a liquefaction plant, plays a significant role in addressing the energy trilemma. Global LNG trade is expected to keep growing over the next few decades. McKinsey & Co’s 2021 global gas outlook expected global LNG demand growth of around 3.4% per annum through to 2035, which then slows to a growth rate of about 0.5% per annum from 2035 to 2050.[2] Most of this growth is expected to come from the US, given its abundant availability of low-cost gas and the expected increase in LNG export terminal capacity.

Growth in demand for LNG is expected to come primarily from Asia and Europe. Asian demand continues to be driven by the need to replace declining domestic gas production and to support their decarbonisation efforts, such as by switching from coal to gas for power generation. China, which is already the largest LNG importer, is expected to be the largest driver of growth in the region, with coal still representing approximately 56% of its electricity generation and final consumption mix in 2021[3].

Renewed European demand for LNG is largely being driven by the need to reduce the region’s reliance on Russian energy following the invasion of Ukraine. Roughly half of the 102bcm of annual imported Russian gas that needs to be replaced is expected to come from LNG imports, with renewables, energy savings and pipeline imports representing the bulk of the balance.[4] US and Canadian LNG is expected to grow as its low-cost gas, destination-flexible contracts and increasing emissions-focused projects appeal to a broad range of customers.

Growth in US LNG supply necessitates and supports investment in other midstream infrastructure assets. For example, the additional gas needed to feed and power growing LNG exports will call for increased production volumes, and this will require higher investment in gathering and processing facilities and long-haul gas transmission pipeline capacity (primarily along the Gulf Coast and western Canada). Natural gas producer EQT Corporation believes that replacing international coal with US LNG at an unprecedented pace could quadruple capacity to 55 billion cubic feet per day (bcf/d) by 2030.

Pipelines represent the bulk of North American midstream infrastructure assets and ongoing investment is required to meet domestic and global energy needs. Pipelines are typically safer, as well as more economical and environmentally friendly than most other forms of oil and gas transport, such as via rail or trucking[6]. In North America, there are currently over 1.2 million kilometres of oil and gas pipelines (excluding local distribution lines), connecting regions of supply to demand centres, forming an extensive backbone for future expansions. [7]New investments in pipelines are typically supported by long-term contracts or can earn regulated returns through a rate base. The expected increase in demand for North American natural gas is likely to support ongoing pipeline investments in the region. McKinsey & Co estimates that new investments will primarily be driven by the need to support increased LNG exports in the Gulf Coast and industrial demand for hard-to-abate industrial processes, such as petrochemical and cement plants[8].

Finally, momentum continues to build in decarbonising the LNG value chain. For example, new LNG projects are increasingly looking to use electric drive motors to replace gas turbine drives, manage fugitive emissions and implement carbon capture and storage solutions to help lower overall lifecycle emissions. In 2021, 30 carbon-neutral LNG cargoes, which had their emissions offset by carbon credits, were delivered worldwide – one of which was delivered to Europe from Cheniere Energy’s Sabine Pass terminal located in Louisiana, with more expected in the future. Even so, for companies to contribute to the long-term temperature goal of the Paris Agreement, we believe the emissions hierarchy should and must be mitigation first and foremost, with offsetting measures used sparingly.

Investment in the oil and gas sector in North America, including midstream assets, fell over 2020 as the pandemic, environmental opposition and permitting challenges contributed to a difficult environment for projects. Some companies are only now starting to catch up on this period of underinvestment. In some cases, cancelled projects have unlocked opportunities for others to step in and provide stronger alternatives to meet the same underlying demand.

Despite a positive outlook, new projects are facing challenges, with federal and state agencies increasingly scrutinising the environmental and climate change-related impacts and permitting regulation has become more stringent over time.

The Maple-Brown Abbott Global Listed Infrastructure team manages risks associated with the energy transition away from fossil fuels and stranded assets through in-depth analysis of company assets, ongoing active engagement with company management and a constant retesting of investment theses as the energy transition evolves. In recent years, this has led to a reduction in our exposure to North American midstream infrastructure companies as we have become more selective of opportunities through our investment process.

However, balancing the opportunities and risks, we are of the view that ongoing investment in natural gas infrastructure is necessary to help address the global energy trilemma. According to most IEA models, global demand for natural gas continues to grow through to at least 2030 and continues to be a material share of the total energy mix in 2050. The only exception is the Net Zero Emissions by 2050 Scenario, where natural gas shows a modest decline out to 2030 and declines quickly thereafter.

North American midstream infrastructure can play a significant role in addressing all three dimensions of the energy trilemma, particularly in the case of energy security with natural gas infrastructure. Natural gas has the ability to displace the current use of high-emitting fossil fuels to achieve immediate emission reductions, and can be easily transported, stored and dispatched when necessary to provide energy security and be supplied cost-effectively.

We see a strong investment need – particularly in natural gas pipelines and LNG terminal capacity – at least in the near- to medium-term – to support ongoing global decarbonisation efforts. Opportunities to support the development of low-carbon fuels and carbon capture, utilisation and storage continue to grow, representing additional optionality.

Our research and company engagements lead us to favour gas midstream assets with long-term strategic value, companies with strong governance arrangements and appropriate management and oversight of ESG risks. We believe these companies are most set to benefit from long-term opportunities associated with the three pillars of the energy trilemma, with relatively lower risk than perhaps some other midstream companies.

[2] The report was published in February 2021, prior to the 2022 Russian invasion of Ukraine which is likely to have altered the long-term outlook for LNG.

[6] Betkowski, B., 2016. ‘Pipelines easier on the environment than rail. University of Alberta, Faculty of Engineering’ (VIEW LINK)

Enjoy this wire? Hit the ‘like’ button to let us know. Stay up to date with my content by hitting the ‘follow’ button below and you’ll be notified every time I post a wire. Not already a Livewire member? Sign up today to get free access to investment ideas and strategies from Australia’s leading investors.

........
This material was prepared by Maple-Brown Abbott Ltd ABN 73 001 208 564, Australian Financial Service Licence No. 237296 (MBA). MBA is registered as an investment advisor with the United State Securities and Exchange Commission under the Investment Advisers Act of 1940. This information is provided for information purposes only. This material does not constitute investment advice or an investment recommendation of any kind and should not be relied upon as such. This information is general information only and it does not have regard to any investor’s investment objectives, financial situation or needs. Before making any investment decision, you should seek independent investment, legal, tax, accounting or other professional advice as appropriate. This material does not constitute an offer or solicitation by anyone in any jurisdiction. This material is not an advertisement and is not directed at any person in any jurisdiction where the publication or availability of the information is prohibited or restricted by law. Past performance is not a reliable indicator of future performance. Any comments about investments are not a recommendation to buy, sell or hold. Any views expressed on individual stocks or other investments, or any forecasts or estimates, are point in time views and may be based on certain assumptions and qualifications not set out in part or in full in this information. The views and opinions contained herein are those of the authors as at the date of publication and are subject to change due to market and other conditions. Such views and opinions may not necessarily represent those expressed or reflected in other MBA communications, strategies or funds. Information derived from sources is believed to be accurate, however such information has not been independently verified and may be subject to assumptions and qualifications compiled by the relevant source and this material does not purport to provide a complete description of all or any such assumptions and qualifications. To the extent permitted by law, neither MBA, nor any of its related parties, directors or employees, make any representation or warranty as to the accuracy, completeness, reasonableness or reliability of the information contained herein, or accept liability or responsibility for any losses, whether direct, indirect or consequential, relating to, or arising from, the use or reliance on any part of this material. This information is current at the time of publication and is subject to change at any time without notice. © 2022 Maple-Brown Abbott Limited
save

Andrew Maple-Brown started Maple-Brown Abbott Global Listed Infrastructure with three partners in 2012, holding the belief that the best way to align with investors was through a boutique ownership structure. With more than 20 years’ experience in...