The boy from Adelaide who rescued Australia’s failing property sector 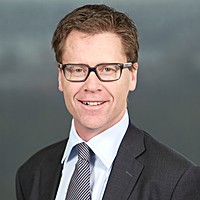 The Australian commercial property sector was in a mess in the mid-1990s. The industry was stuck in illiquid structures and investors were unable to withdraw their money.

Then, budding investment banker Andrew Pridham entered the picture. He believed listing property assets was the best way out of the disaster.

It worked. At just 28 years old, he was a managing director and head of global property at UBS in London. Pridham returned to Australia seven years later to set up his own shop. That company was eventually bought by Wall Street behemoth JP Morgan.

And being the restless person he is, Pridham pivoted again just as his 30s gave way to his 40s. This time, he convinced a former American UBS colleague Ken Moelis to create Moelis Australia with the two becoming the largest shareholders.

Moelis Australia would expand rapidly beyond investment banking to become a mini-Macquarie Bank. Today, it’s worth $843 million and is listed on the ASX as MA Financial Group (ASX: MAF).

Now he joins me on the latest episode of Success and More Interesting Stuff to discuss his life in investment banking, his role as Chairman of the Sydney Swans and the advice he has for those looking to venture out on their own.

Education
Maggie Beer’s recipe for turning passion (and paté) into profit
View
Education
Leo Barry was a star of "the big dance", now he's making his mark in small caps
View
Education
The man trusted by Kerry Packer, Solomon Lew and Barbra Streisand (yep, seriously!) for stock market guidance
View
Education
How Domino's boss Don Meij built a $5.7bn global pizza powerhouse from the suburbs of Brisbane
View
........
Livewire gives readers access to information and educational content provided by financial services professionals and companies (“Livewire Contributors”). Livewire does not operate under an Australian financial services licence and relies on the exemption available under section 911A(2)(eb) of the Corporations Act 2001 (Cth) in respect of any advice given. Any advice on this site is general in nature and does not take into consideration your objectives, financial situation or needs. Before making a decision please consider these and any relevant Product Disclosure Statement. Livewire has commercial relationships with some Livewire Contributors.
save

Matthew is the Principal and Portfolio Manager at Centennial Asset Management. Prior to this, Matthew was the CIO at Wilson Asset Management between 1998 and 2011, achieving 18% p.a. over the period.

My top picks in the resources sector

The WA copper miner poised for a global breakout

My top picks in the resources sector

The WA copper miner poised for a global breakout